Mr. Martel grew up in Biloxi, Mississippi. Graduating from D’Iberville High School in 2003, he attended and played collegiate golf at Mississippi Gulf Coast Community College. After transferring to the University of Southern Mississippi, Allan received Bachelors Degrees in Biological Sciences and Nursing in 2008 and 2013, respectively. During Mr. Martel’s time in school, he played 2 years of college golf and was a participant in the 2005 JUCO National Championship. Shortly after graduation, Allan was employed at Fallen Oak, in Biloxi, as a caddie and at Mississippi Gulf Coast Community College as the Assistant Golf Coach for 7 years.

Allan joined the LaTour Golf Club team in June of 2020, and is a Class A member of the PGA of America. Allan’s passion for golf and excellence in customer service are very apparent. He and his staff pride themselves on providing the highest quality service in every aspect. During his time outside of LaTour he enjoys spending time with his wife Stefanie and his two children, Liam(4) and Allie(3). Allan also enjoys fishing, Southern Miss Athletics, and Saints Football. 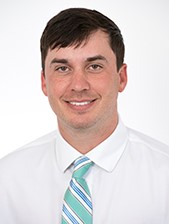